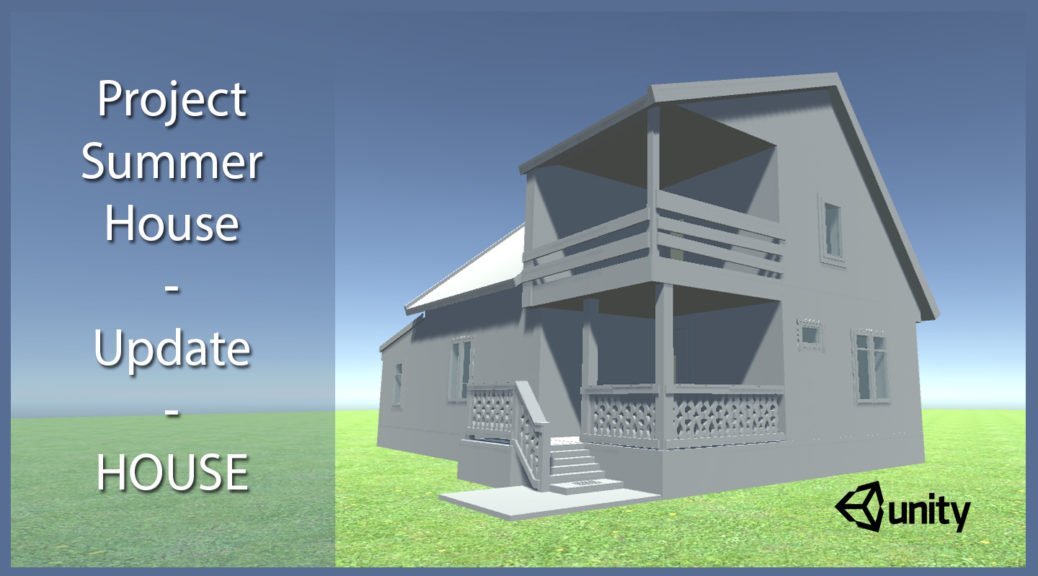 A week has passed since I started my Project Summer House and a bit of progress has been made. First thing I did was roughly  blocking out my scene in Unity. I didn’t put a lot of effort into it (as you can clearly see). I remember quite well what is where located in my Garden, so it’s just a little thing to help me organize my work properly. To keep track of what has been made already and what needs to be made next.

After blocking out my scene in Unity I started my modelling work. Beginning form the easiest and most boring part, which is recreating the house itself. Though it had its own challenges it was quite simply achievable, because it all was just pure simple box modelling. And still I made few mistakes on the way. For starters getting the proportions right was a challenge. The house in reality has funny proportions, it is quite small and narrow to navigate. So since my end goal is to make an Unity FPS scene, where you can walk around and observe Summer House in First person and not simply make a software render, I naturally needed to make things appropriate for Unity engines FPS Controller. And that f*ked up my proportions quite a bit, but I managed to make things looks as normal as I could in Unity and to be able to move around freely in game mode 🙂

Second thing I messed up was the left side of the roof. I had no photo reference of the left side of the house and I didn’t remember that only the balcony roof part was elevated more instead of whole left part of the roof. I thought that something was a bit off, once I finished modeling the roof, but I could not get my finger on it. But after my brother saw some screens he pointed out that the roof is quite not right 😀 I quickly fixed it and moved on to other tasks. Besides the house itself I was able to model the Drinking Well (the only drinking water source in the Garden 🙂 ) and stairs to the dads workshop 🙂 Quite  few things are finished, but much more things needs to be modeled still. Oh the excitement!

Here are some progress pics from last weeks works. Everything looks quite dull now with no materials and textures and yet everything slowly starts to look like a real deal! 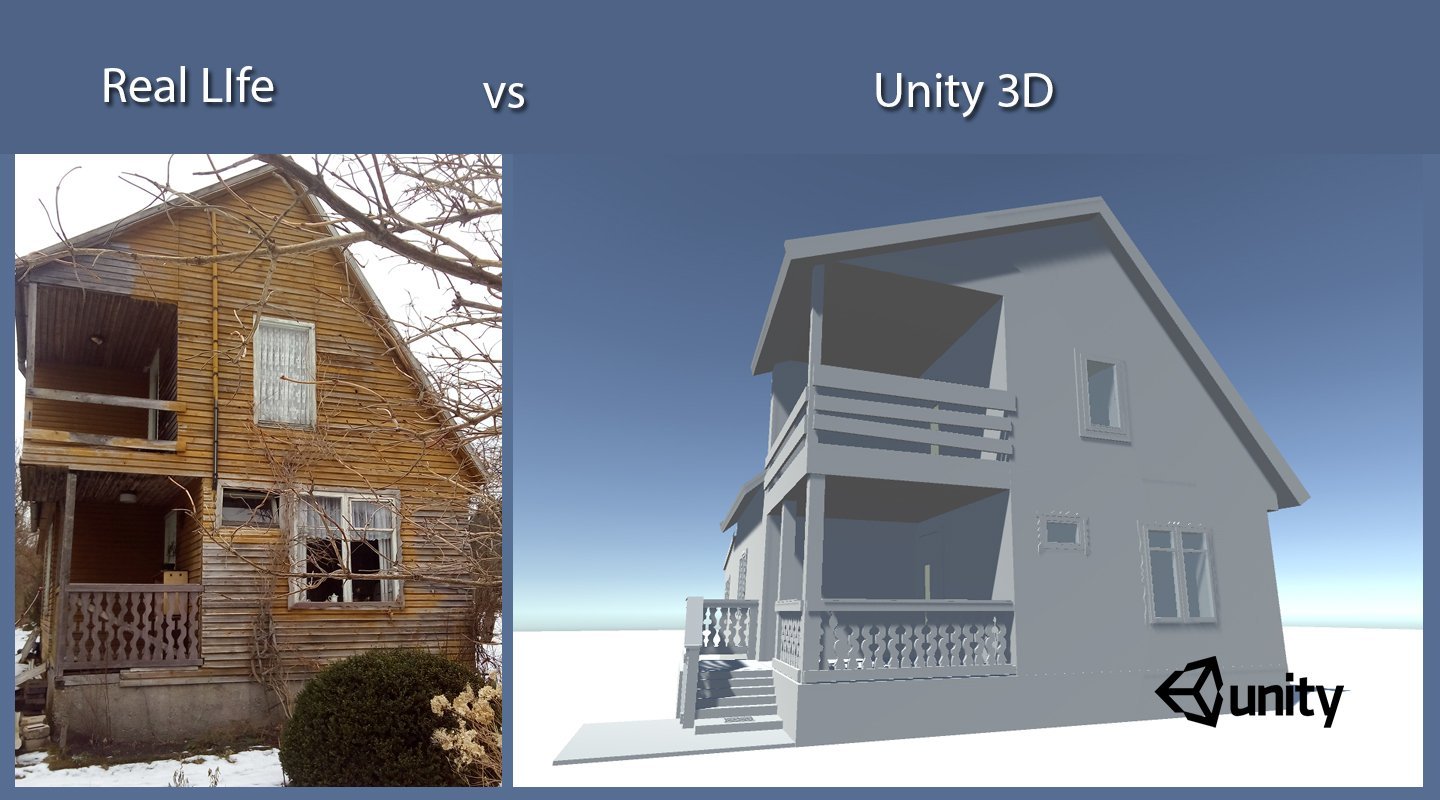 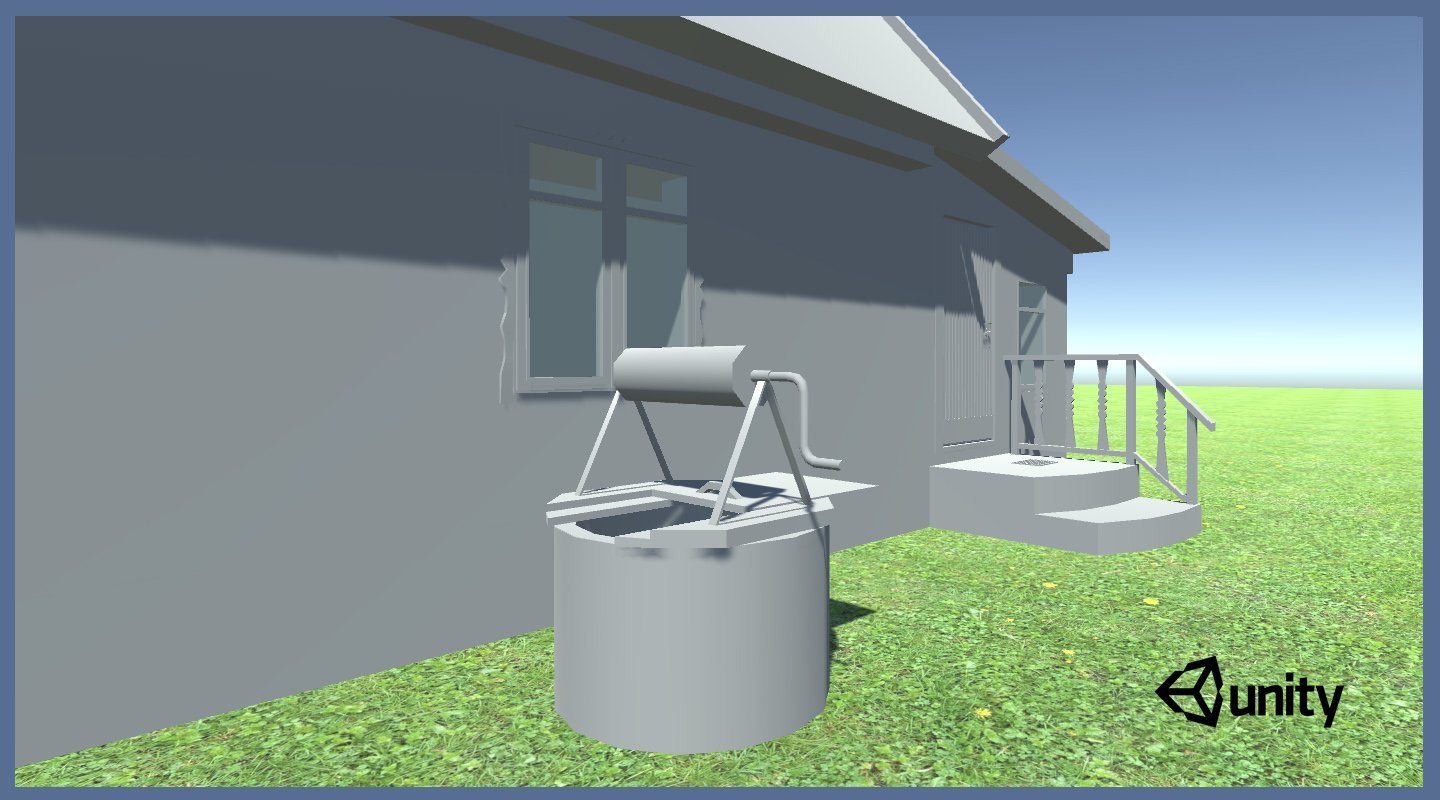 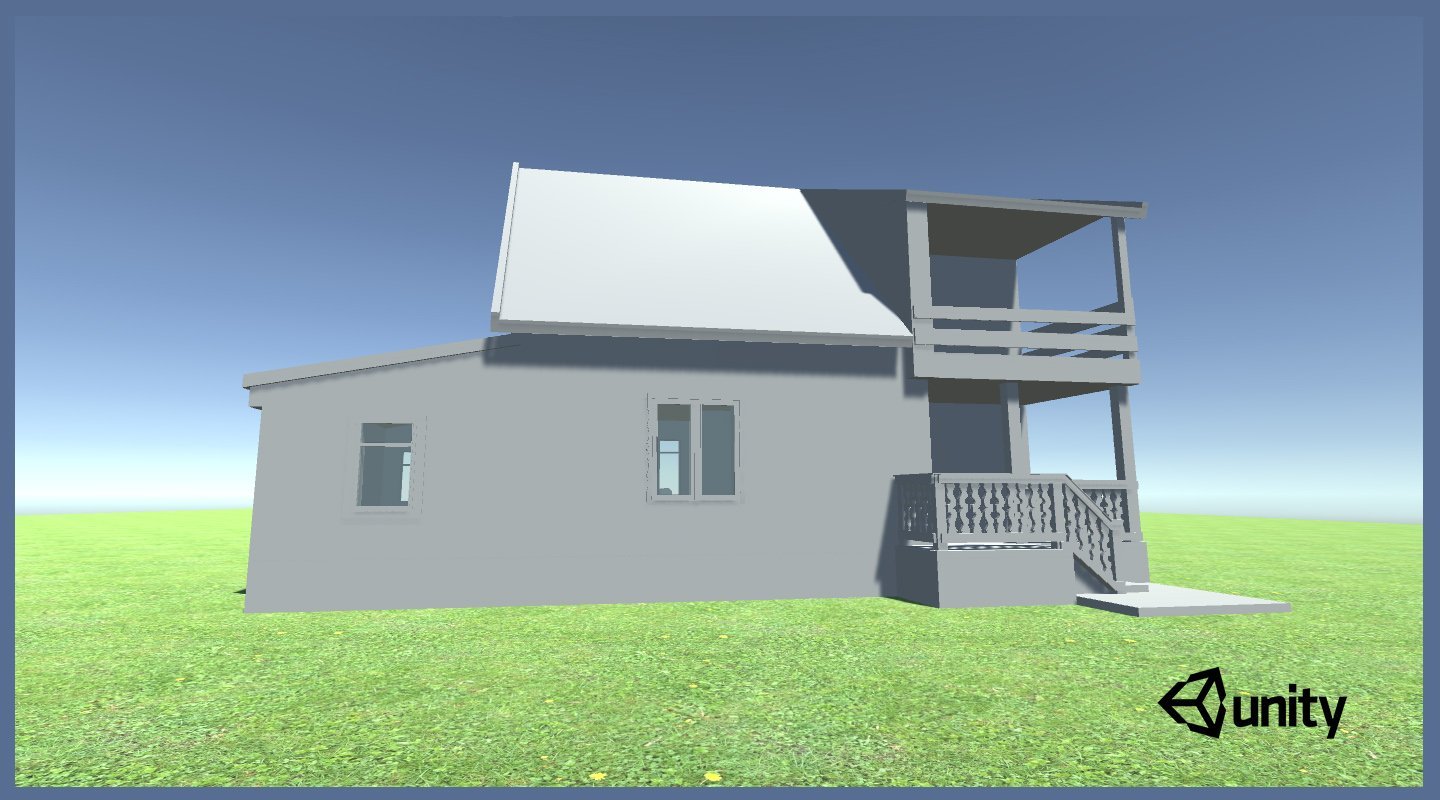 So that’s it for the first Project Summer House Update! Next week will be for the rest of exterior details such as Swings, Greenhouses, etc.

Hope you enjoyed it! Thanks for reading!